We were over the moon to receive an award for sustainability at the Highland’s and Island’s Food and Drink Awards on Friday 28 October.

We were guests of Scotland Food and Drink and enjoyed fantastic hospitality at the Kingsmill Hotel in Inverness.

Hosted by the hilarious Nicky Marr, it was really fun evening from start to finish, with a delicious 3 course meal in between, showcasing Scotland’s sumptuous larder.

To be recognised for our efforts in sustainability means so much to our business and our amazing team. We really try to monitor our impact on the environment and as our business develops, we recognise that our carbon footprint will change.

We started the distillery because of our hydro scheme – rather than sell everything back to the grid, we wanted to create something new that would be steered by sustainable practices. Our gin still, Big Don, is powered by our clean, hydro energy so every bottle we produce leaves a minimal carbon footprint. We offset further by carbon sequestration in the land around us and recently installed a solar array which powers our cafe and new eco bothies. For us, sustainability has never been about box-ticking and we are very proud of our current climate-positive status.

As well as the sustainability award, Boss Hogg was possibibly even more thrilled to win Heads or Tails on the night! Everyone stood (around 300 people!) and put their hands on either their head or their behind. Nicky then tossed a coin and the losers sat down. The numbers were quickly whittled down to ten people, including Boss Hogg, who were then invited to the stage. A few more rounds brought it to down to two and Boss Hogg was declared the winner having correctly chosen tails. What are the chances! (300-1 apparently….). The prize was a night at the Kingsmill which we are hoping director Kenny can use this coming Friday when he represents Beinn an Tuirc at the Highlands and Islands Tourism Awards. 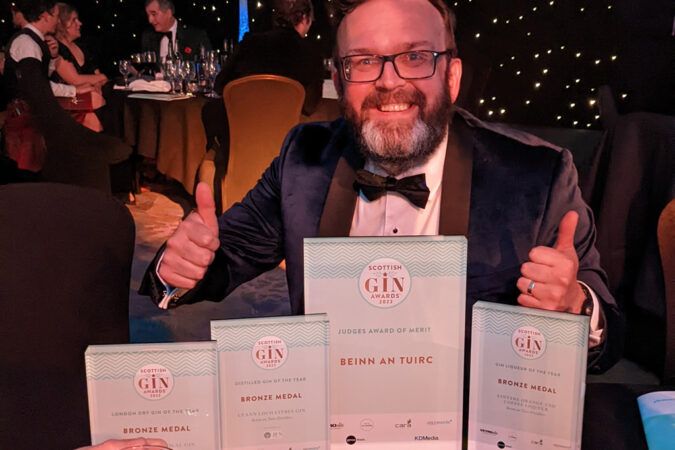 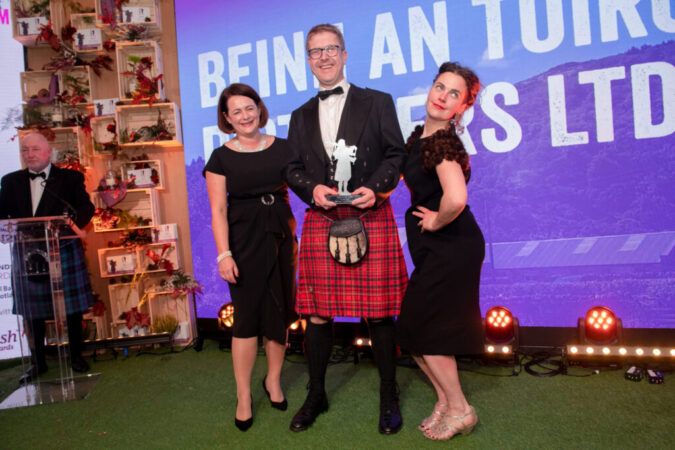 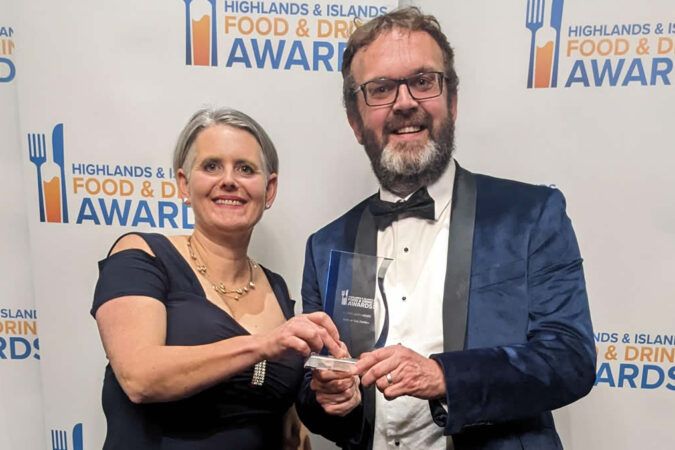